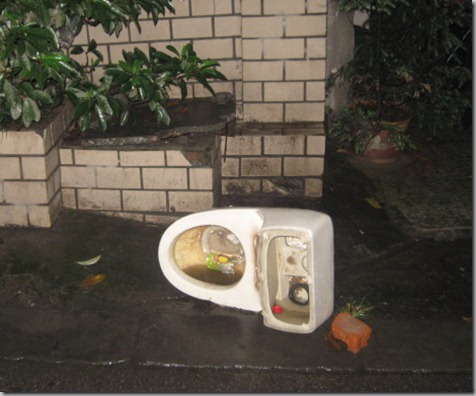 This is a post about toilets. It is arguably the most disgusting post I have ever written. Some people may have been put off by the rabbit head, or the bee larvae, but those dudes are amateur hour compared to some of the bathrooms I have seen. So I warn you right now that while some of these toilets are funny, and some of them are interesting, and at least one of them is kind of cool, this is after all a blog post about toilets, with pictures, and I am repeating this because as an ethicist I am big on informed consent and if you do not want to look at pictures of bathrooms in the third world, that will not affect the quality of the treatment you receive in future at this blog and you are entirely within your rights to opt out of reading this post at any time.

That being said, Toilets. 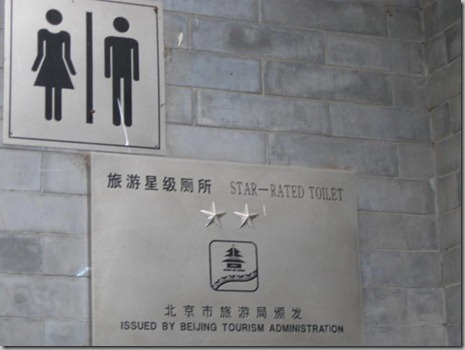 As if there are actual standards. This is a completely made up award, and as such why would you only award yourself two stars?At least they’re honest.

They are an integral part of every day life, for every one.  They are something we all have in common. It’s like they all bring us closer together, every time we use one. And using the toilet in China is a lot like holding hands with 1.3 billion people.

Hands that are never, ever washed. 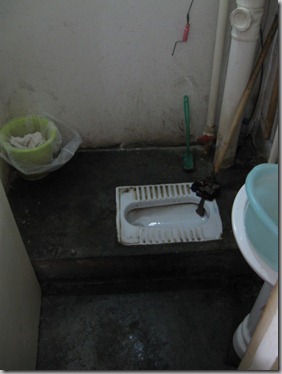 This is pretty much your typical Chinese bathroom. You have the squat toilet, the waste paper basket, and the sink that drains straight onto the floor. The toilet is flushed by pouring water down the mouth from the bucket. 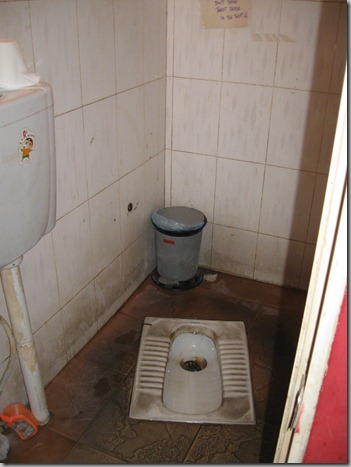 This little prize in Yunnan actually has a flush function, one that sprays water upwards in a filthy geyser all over the 3 square feet of space allotted to you. 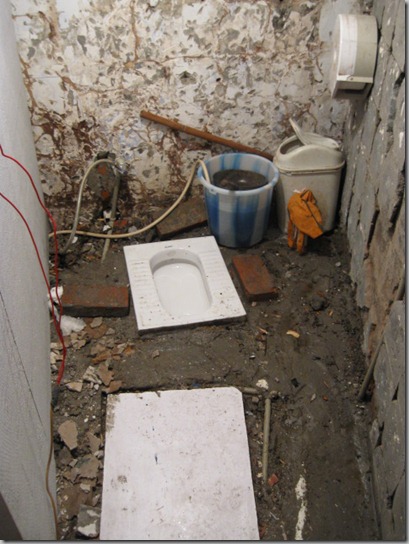 This bathroom in Sichuan was “UNDER CONSTRUCTION” and so makes the honor roll for most horrendous place you could possibly pee. The bathroom is separated from the rest of the bar by a plastic sheet, and you mount to the toilet stall on crumbling mortar.  There is no sink. There is a plank of wood laid down so you don’t sink into the mud. Why is there mud if it’s indoors? 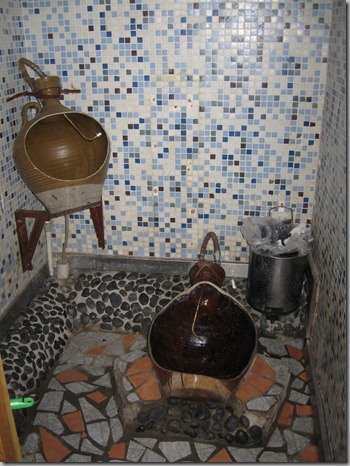 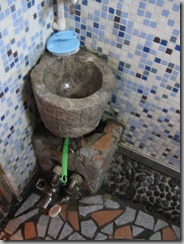 This place wins the prize for most creative use  of wooden vessels.  In an extremely small space, this Kunming restaurant managed to fit a urinal, a toilet and a sink, complete with a reasonable amount of charm, if such an attribute could ever in good faith be applied to a toilet. There was a mechanized flush, and everything! (Except of course toilet paper, but you learn that lesson early. You can’t expect everything. )

How does a tiny place like this stay so clean? 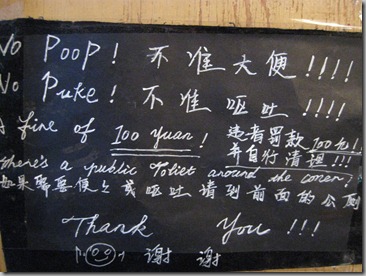 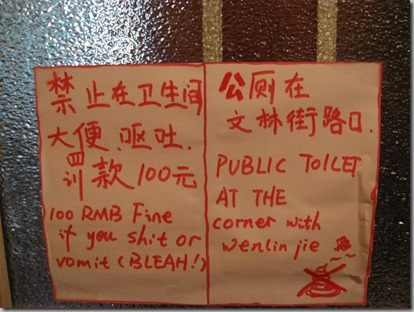 These bars are freaking serious about this. The sewer systems are not particularly advanced, even in big cities like Kunming, and any obstruction can cause a catastrophic sewage apocalypse. 100 kuai is about 15 USD.

Some public toilets, such as the one at the Sichuan Opera, have bathroom attendants who are paid to live in the bathroom and make sure it is acceptable. 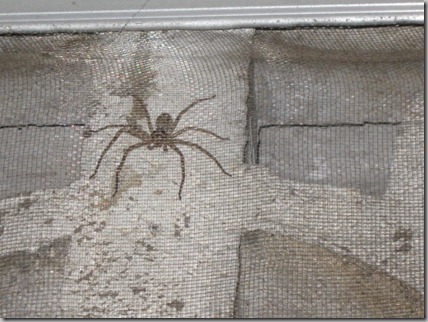 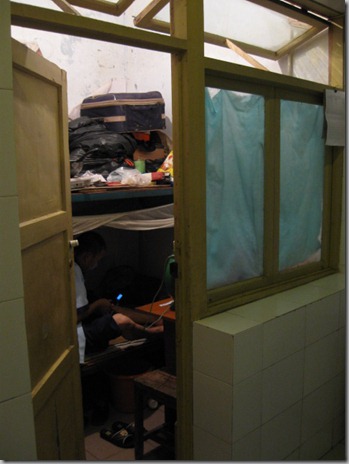 holy shit, a dude lives in the bathroom, y’all. That might be all the perspective I need for the rest of my life. 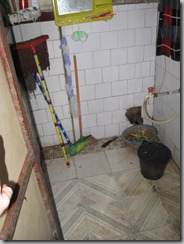 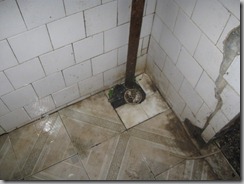 This place in Xishuangbanna was a real beauty. There is no toilet. There is not even a hole. There is a drain in the floor in the far corner, and you use water from a bucket outside to wash the aftermath down. The best part about this bathroom is that there are no lights, and once you close the door it is pitch black. When you need to go, the guy who owns the bar gives you his cell phone flashlight, and you just try your best. These are the kind of experiences that truly test the character of mankind. And the bladder. 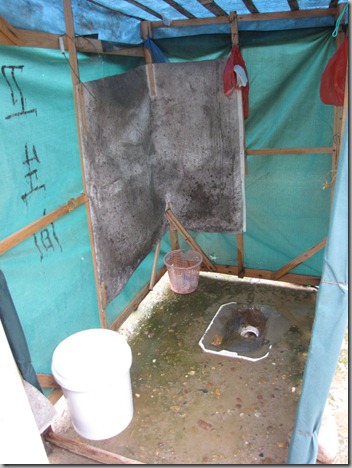 This is a fabled toilet tent in Guilin. Erected out of canvas and wooden stakes, an actual porcelain squat toilet is partially buried in the dirt over a hole.  And they want your money to use it. 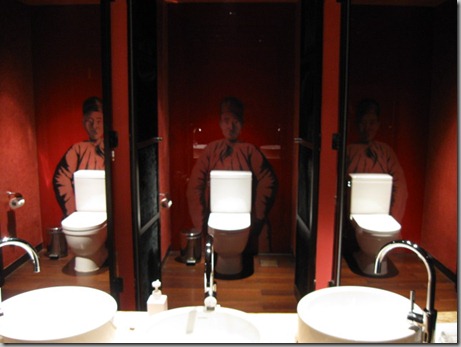 One of the coolest and creepiest toilets of the trip was a bathroom in a ridiculously expensive restaurant in Beijing.

The stall doors are horsehair, and the inside is a double paned mirror. 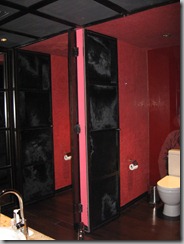 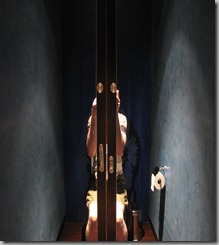 So you can spend the entirety of your micturition watching yourself be valeted by an offensive caricature of a Chinese servant.

Also immediately after you use it an ancient old crone who looks like she gets paid in babushkas wipes down everything that you touch and refolds the towels, muttering.  She did this even though we were the only people in the restaurant.

Train toilets range from the acceptable to the horrifying. 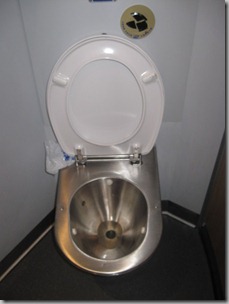 you are damn lucky if you get a metal sit toilet. For the most part, train bathrooms are comprised of a door that has no latching mechanism, leading to a suffocating chamber housing a rusted squat toilet and at least an inch of FLUID on the corrugated floors.  I am unable to post a picture of this end of the train bathroom gamut, because for some reason, whenever you get a bathroom that terrible, the train is ticketed for standing room only, which means that the bathroom is filled with people who treat it like a luxury compartment. If you have to actually USE the toilet, God Forbid, it takes about ten minutes to clear all the people out, and then an old lady will shake her fist at you. 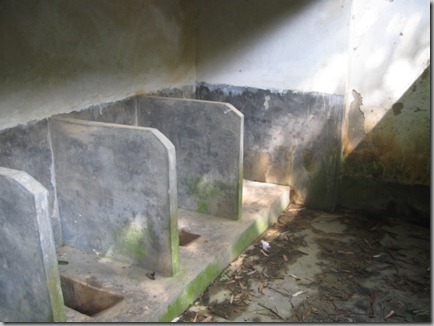 not NEARLY as sanctified as it looks.

One of the hill tribe villages we stayed in (more on that later) did not have a single bathroom in any of the fifty or so houses. Instead, everyone hikes up a really slippery, muddy hill to use the public toilet.  At least that’s what they said. I’m pretty sure they just went in the barnyard.

Finally, the absolute WORST bathroom of he trip.

Worse than the cement bomb cellar.

Worse than the semi-public mud hole under construction.

Worse than any foetid trench toilet in the Sichuan slums.

Worse than the Spider.

To outward appearances, this toilet is not significantly worse than any other revolting public hole in a remote backwoods outpost. 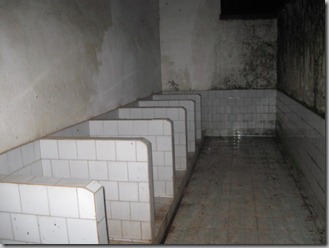 Mouldering walls, an assassinating stench, fluid on the floors, all that comes standard.

But I would rather be forced into the indignity of these: 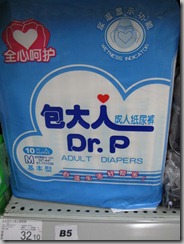 Than be forced to use that hole again. In fact, I got up before dawn so that no one would see me pee in the street rather than go back there.

I am situating this photo so you are forced to scroll way down to see it, since I don’t want any whining about not warning you.

It has never been cleaned.

I seriously mean that about never.

As in, the waste rises in soggy peaks above the rim of the hole like the burgeoning tips of a nightmarish meringue.

I should probably have you sign something before you scroll down. 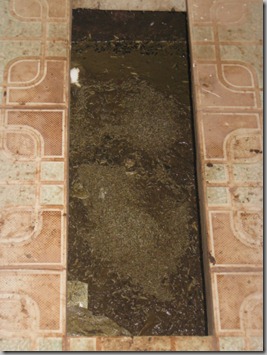 THIS POST IS OVER BECAUSE YOU PROBABLY DIED FROM LOOKING AT THAT.